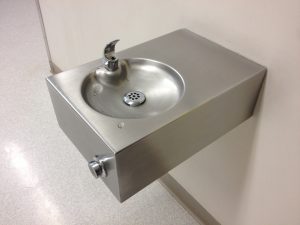 People generally tend to trust the water that comes from their taps and faucets. As we’ve seen in examples around the country, like Flint, Michigan or the 3M pollution issues in the east metro of the Twin Cities, that’s not always a good idea. Water treated by city treatment facilities has many toxins, chemicals, and carcinogens removed, but certainly not all.

Toxins dumped into water sources, runoff from factories, and pesticides and chemicals all make their way into these treatment facilities and many find their way out. Even after the treatment process, when treated water leaves our city treatment plants, water runs through pipes in our homes, businesses, and schools. These pipes can be causing an even bigger issue…An issue that effects our children.

Only 43% of schools test for lead in their drinking water. That means that more than half of our nation’s schools are not testing for it. In fact, only 9 states and Washington D.C. actually require the tests. That means that 41 states are not requiring it. It also means that since no federal law requires testing at this point, the majority of our nation’s schools do not take precautions with the water our children are drinking. Recent stories like what we’ve seen in Detroit, Michigan are becoming more and more common. Recently in Boston, water was turned off in a school because of toxic levels of lead present. Read the full story from CBS news here.

Lead in drinking water is linked to health issues that range from high blood pressure to brain and nervous system damage and kidney damage. The risks are significant, and we can all be doing more to protect ourselves, and our children, from its effects.

To have your water tested, contact Water Doctors. They provide water treatment and lead abatement solutions for homes, businesses, and schools around the country.